Christopher Catral was born and raised in San Jose, California. He recently moved back to the Philippines to pursue his passion for music and also push English and Tagalog Rap. He and his team BAWAL CLAN are inspiring millions of people in the Philippines and in the United States.

Growing up he said that his parents listened to a lot of R&B, Soul, and Tagalog ( Filipino ) music on cassettes and vinyl. He was in the choir and was a huge fan of hip-hop. He talked about his dad’s brother, Uncle Didi, who loved the car culture and who listened heavily to west coast rap.

Christopher said that he watched a lot of MTV, BET, VH1, and classic after-school Bay Area music shows. He talked about CMC, hosted by Chuy Gomez, and watched music videos that inspired him to walk, talk, dance, and dress a certain way. “Hip-hop and R&B were just so unique and entertaining to me; I couldn’t get enough.”

What made you pick up a pen and paper and start spitting bars/rapping?

“I think it was all about the love for creative writing, being able to story tell and express the way that I feel inside. Since I had a background in the choir, I loved the sound of my voice when reciting the things that I wrote down. It was simply just fun. When I would rap in front of people, they were amazed, their reaction to me doing something I really enjoyed made me want to continue to get better.“

What influenced you to further your passion?

“Seeing progress. I mean it started with me freestyling at house parties in the backyard to writing my own lyrics down in a notebook and recording my voice on a laptop inside of a bedroom. From there, I just continued to make song after song and just handed out CDs to my friends. There was this amazing feeling inside just hearing my songs being played in someone’s car. I wanted more and I wanted the spotlight, I wanted to share my gift on stage. I really had no other plan than to take it all the way.”

Who taught you and how did you master your craft?

Listening to songs, watching music videos, and going to LIVE shows taught me. I mastered my craft by believing in my gift, never giving up, putting in work in the studio and staying consistent with certain routines, and challenging myself with every possible opportunity that came my way. I was not afraid of failure. As cheesy as this sounds, I was all about the experience and journey – and look where it got me.”

Can you talk to me about the style of Hip Hop that you do and express why it’s different and unique?

“There are so many elements of my childhood and past that influence my current style as an artist. Having an R&B/Choir background, being a Bboy (breakdancer), playing sports, studying Philosophy, and even listening to different variations of Hip-Hop (mainstream, pop, conscious, and gangster rap) all were key factors in my vocal delivery, performance, and lyrical style. I was always one to take risks and experiment with my voice. Sometimes on a track, you’ll hear a bunch of different voices and your average listener will think it’s multiple people on the track, but really it’s only ME.”

How is hip hop changing the culture in the Philippines?

“From what I see, Hip Hop has been going strong in the Philippines (even before I moved here in 2016). But as of late, there has been a sudden boom within the culture. I feel a sense of urgency within the community and individuals are stepping up their game to stay relevant and come correct.“

I mean the Philippines is coming at you strong. We have amazing independent and underground music, art, and dance. The competition is alive and well. I am witnessing passionate individuals really going all in, not just for the love, but because they want to make an impact internationally.

I feel like the presence of the culture (especially Hip Hop music) is really influencing the radio, the party crowd, television, the celebrities, big-name brands, fashion, and even the type of venues opening up are catering to a Hip Hop based audience. It’s beautiful.“

Talk about your crew (Bawal Clan) and what you guys represent.

Our team, Bawal Clan, is a massive Hip Hop collective out here in the Philippines. We have 8 rappers, 1 singer & 5 DJ/Producers along with graffiti artists, photographers, graphic designers, videographers, and designers. We are creating music for not just the local community, but for everyone worldwide. We are a family before anything sharing the common goal of putting the Philippines on the map (especially in the world of Hip Hop).

Can you talk about the barriers you had to face as a freelance artist and how you overcame these obstacles?

“One of the biggest things is finding a way to stay afloat. The industry is moving so fast, that you have to find a way to stay visible, relevant, and also “hot”. You have to accept the uncertainty of your future because of the steady competition coming from the entire culture. It’s a real competitive game, but if you endure the struggle and hardships and continue to embrace the inspiration in your life, you are setting yourself up for success. I always continue to look at things from a positive perspective, having the right attitude will allow you to further yourself with the journey ahead.“

What advice can you give to up-and-coming artists and people who want to pursue their passion?

“Stay on top of your content, material, and social media accounts. Create a proper weekly plan for yourself and remember the best way to hit deadlines and reach your goals is to put in work daily. Daily execution is key. Give yourself time to explore yourself. Whatever you choose to invest your time in, be aware of those certain activities that spark interest, and that you find fun.”

As for the future, he is looking to now, simplified contentment, just the now, waking up and going to sleep excited. And with his music, he just wants to make songs and music that will be played over and over again throughout the globe, putting the Philippines on the hip hop map, and owning it one day. 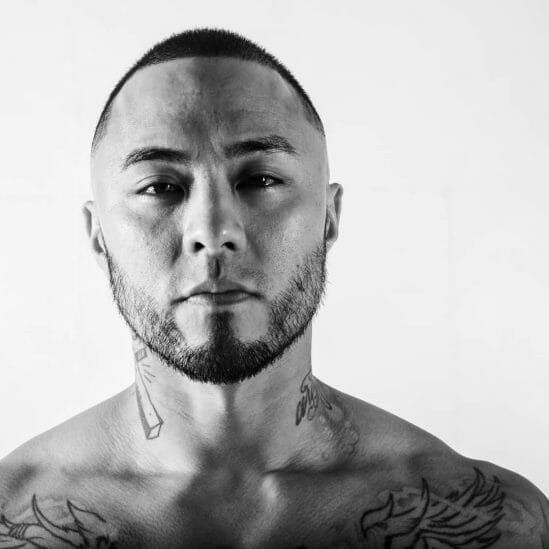 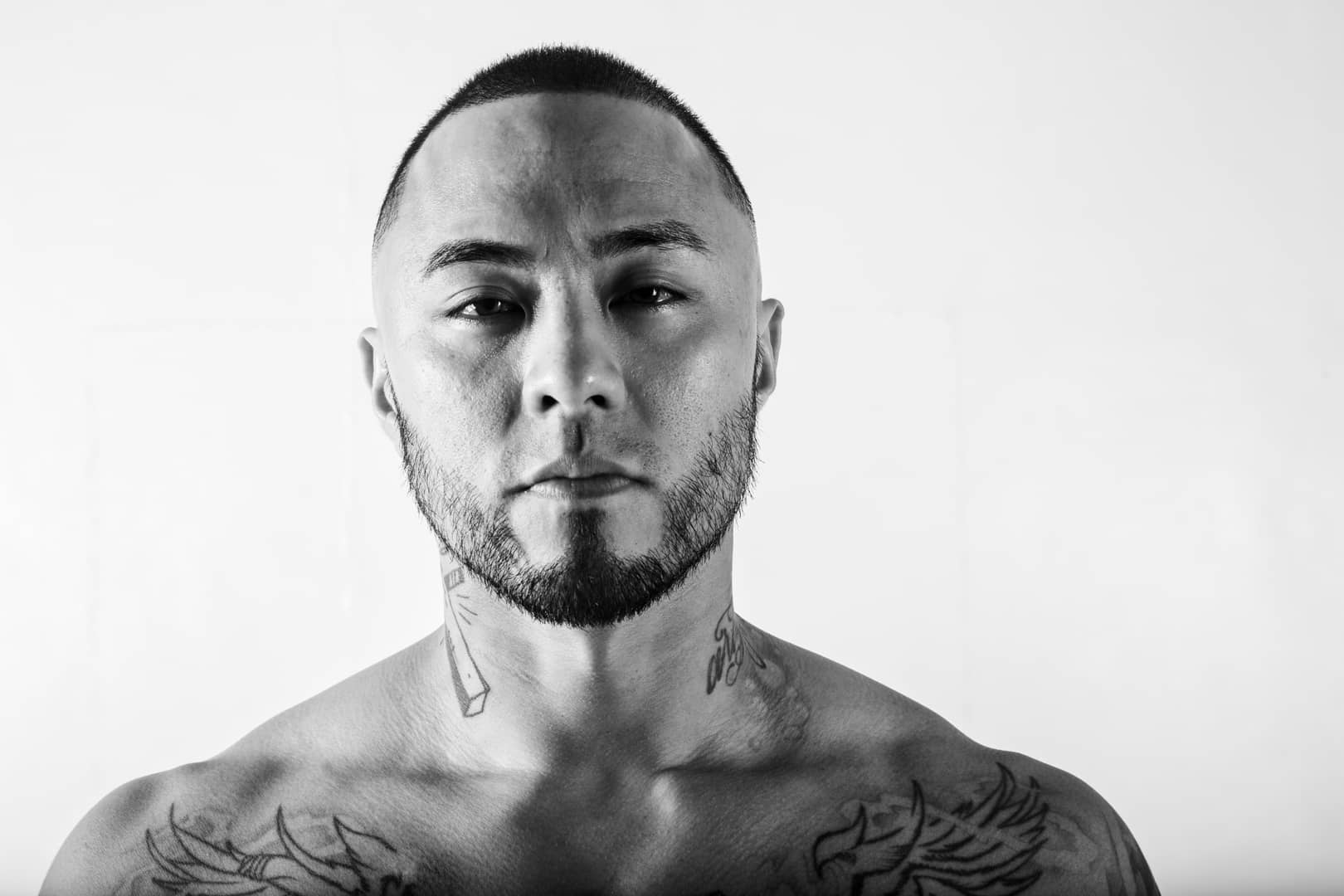 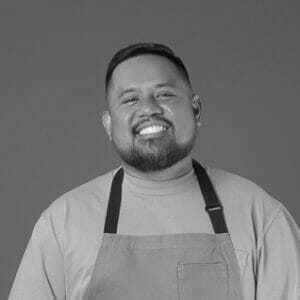 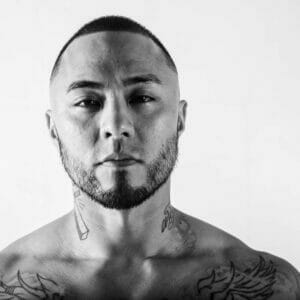 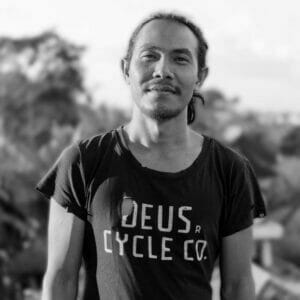