A Taste of Barton Springs History and Beyond

Adored by Texans and Ain’t Texans alike, Barton Springs is a sacred sanctuary, a natural oasis that offers a welcome respite through sweltering temperatures. I’ve heard countless stories from many individuals, confessing their love for this special place and what it means to them. I have one of those stories myself, as it’s where I met my husband in 2018 on a beautiful spring day, and now we swim in these same waters with our son.

The springs have been a cherished place by humans for many thousands of years. The natural preserve was formed approximately 5 million years ago. Human activity at Barton Springs began around 10,000 years ago, and for many centuries the pool was a spiritual oasis for Indigenous tribes. It was used for purification rituals by the Tonkawa Native American Tribe as well as many others. A series of mini-documentaries about Barton Springs called Living Springs illustrates a modern-day water ceremony where women blow smoke into the springs through reeds, allowing prayers to flow through the sacred waters. A small glimpse into the way our ancestors gathered here and revered this divine place.

Spanish explorers arrived at the springs in the 17th century, and around 1730 they erected temporary missions at the site. In 1837, shortly after the area became the city of Austin, William “Uncle Billy” Barton, the springs’ namesake, settled the area. Barton went on to name the three separate springs after his three daughters: Parthenia, Eliza, and Zenobia. He recognized the value of this special land and promoted it far and wide. It’s believed he’s a huge reason the swimming hole is as popular as it is today.

The last private owner of the property, Andrew Jackson Zilker, deeded it to Austin in 1918. In a speech, he called Barton Springs “a sacred place” that “ought to belong to all the people of Austin.” During that time, only manmade rock dams were creating a pool for swimming, and after every flood, the dam would have to be rebuilt. In 1929, a permanent lower concrete dam was constructed, and the upper concrete dam followed three years later creating the Barton Springs Pool we know and love today. The bathhouse was designed in 1947 by Dan Driscoll, becoming “the finest municipal resort in the entire southwest.” An average of 26 million gallons of water spring up from the Edwards Aquifer every day at a stable and refreshing 68 degrees F. Locals began referring to Barton Springs as “the Soul of the City.”

Today, the springs have become a centerpiece for Austin, a central highlight of Austin tourism. A place where children learn how to swim, where men and women, young and old alike come to meditate, sun gaze, and gather with friends. The perfect place to people-watch – you will certainly find people from all walks of life. I can’t help but daydream while swimming, thinking about all of the magic that has happened here. From the Native American tribes that gathered here to baptisms being performed in these waters in the 1900s and all of the full moon swims beginning in the 1990s, patrons howling at the moon and setting intentions together – the history of the springs lives on.

The community aspect is strong and you can feel the respect and reverence here. We are so grateful to continue to swim in these clean spring waters, and we have to give thanks to the Save Our Springs Ordinance, founded in 1992, which continues to protect the land around the springs and aquifer. Not an easy feat at all, considering the creeks are prone to pollution that feeds into the springs and the unregulated development around Austin that directly threatens the aquifer that supports the springs. In a city that is growing so rapidly, we must continue to support those that are protecting our sanctuaries.

Our hope is that this sacred place continues to bring joy to all those who visit it for many centuries to come and that we can all tap into that presence and connection to the land that our ancestors felt all those years ago. 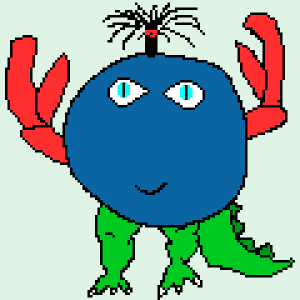