Chasing the Gloomy Day Away at Taiwan’s Rainbow Village

The rain was pouring non-stop on our second day in Taiwan, enough to bring us to deep slumber throughout our travel time to the outskirts. But after some time on the road, the Rainbow Village was such a sight to behold as its colors stood out from the dark, gloomy sky. At that instant, I was excited to step out and take on the village.

If you’re looking for a place to visit where you can take countless photos, Rainbow Village is the perfect location. Instagrammable in every corner, each wall and surface are splattered with different characters coming to life in the most electrical colors. You will find animated drawings of animals, humans, and shapes of various colors and sizes, making you click that shutter button non-stop as you pass by all eleven houses of the village. I was having way too much fun capturing the entire place that the huge crowd sprawling the location did not even bother me because everyone was also in good spirits while strolling around the neighborhood. But what makes the Rainbow Village even more special is its rich history. This now lively and fun village actually has a very sad beginning.

Before all the colors and tourists, this village was close to ruin and at risk of demolition. Not until its savior, Huang Yong Fu, stepped in. Huang was actually one of the many war veterans who fought during the World War who were relocated in “military dependents’ villages” which were communities built for retired soldiers who fled to Taiwan after the war. Sadly, these villages slowly disappeared one by one as his fellow veterans left or passed away peacefully, prompting the government to demolish and transform their homes to make way for modern buildings. This sad, quiet part of this history was little by little vanishing.

However, upon learning that his village for more than three decades was up for demolition, Grandpa Rainbow started painting on his furniture and later extended it to the walls and streets of the other houses. In the end, eleven houses were covered with his imagination leading to the village we now currently know. One day, a few students discovered his art and helped Grandpa Rainbow petition to save the village. To our luck, the Taiwanese government eventually decided to preserve the property and now the Rainbow Village has become a must-visit place for travelers and locals alike, with about two million people traveling far and wide every year just to experience the vibrance of the place.

How can we not love the village and Grandpa Rainbow’s story of trying it? He even used to dedicate his quiet mornings to repainting and maintaining the vibrance of the place, and he even goes as far as interacting with some visitors who took the time to visit their village. Sadly, due to his old age and declining health, he’s currently living in a separate location and new artists come every now and then to maintain the colorful vibe of the village. But we will never forget the story behind this place, as it adds more meaning to what we used to think was just a pretty attraction.

Rainbow Village is located on the outskirts of Taichung, about three hours away by car from Taipei. Most people reach the place by renting a private van. Though the distance may be discouraging, we assure you that your visit will be worth it. Oh, and did we mention that the visit’s free? 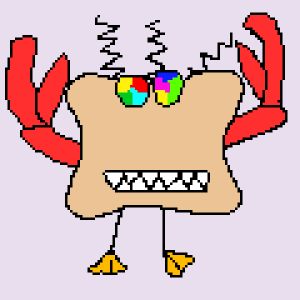