South Korea’s more than just the land of Korean food, Kpop, and Kdrama. It’s also home to some of the most scenic spots I’ve ever visited. Right at the top of this list is Nami Island, a place popular to both locals and tourists alike, and definitely for a good reason.

Namiseom, more famously called “Nami Island”, is a tiny half-moon man-made island filled with natural sceneries located in Chuncheon, Gangwon. It got its name from General Nami, a young general who died at an early age after being falsely accused of treason. The beautiful island gained much popularity across the globe after becoming the setting of the famous Kdrama, “Winter Sonata” in 2002. Traces of this famous drama, such as statues of the characters, exists to this day, making it a bucket list for fellow Kdrama addicts. Later on, it became a popular place for other famous Korean shows, such as “My Love from the Star”, “Running Man”, and “Secret Garden”.

But beyond this, Nami Island has also become a go-to for people looking for scenic spots to refresh their minds. After enjoying a few minutes on the boat transporting us to the island (because being surrounded by fellow eager tourists was a treat itself), Nami came to view along with the numerous trees that welcomed us.  Do you know the feeling of witnessing something too beautiful that it feels too unreal to believe that you’re actually there, in person, witnessing it? This was how I felt upon my first few minutes of exploration on the island. The whole place was honestly too breathtaking with all the nature untouched yet teeming with excited visitors.

There are honestly too many things to do and experience on Nami Island that our half day there felt too regrettable. You could rent a bike to explore the whole place. You could have a picnic and just chill in its numerous gardens. You could hop from its various food stalls and coffee shops to quench your hunger. And of course, don’t forget to take numerous photos along its famous Metasequoia Lane, Gingko Tree Lane, and Nami’s other gardens since the trees are honestly some of the most gorgeous groups of trees I’ve seen. Each season holds a different beauty to behold, and we were fortunate enough to witness the barren trees and cherry blossoms of the end of Spring.

Nami Island is definitely a good place for different kinds of people—tourists, couples, families, and basically just anyone looking for a way to nurture their soul. Though it may be about two hours away from Seoul, the bus/car ride will surely be worth it after one takes in the beauty it beholds. 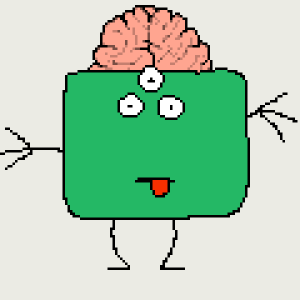